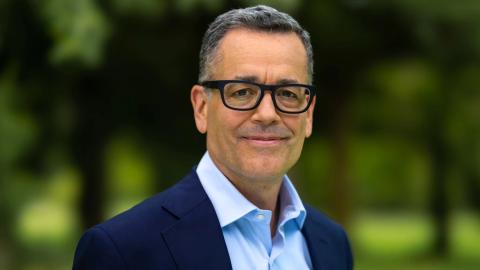 The title is slightly different, but Amazon has found a replacement for Dave Clark.

Herrington is filling the shoes of Dave Clark, a 23-year company veteran and one of the top executives at the retail and tech giant, who recently announced he planned to leave on July 1, to “pursue other opportunities.” On June 8, it was revealed that Clark will join logistics company Flexport as a co-CEO, effective Sept. 1.

Clark is widely credited as the architect of Amazon's massive warehouse and fulfillment network. He also was responsible for Amazon’s impressive transportation network, which now includes in-house planes, trucks and delivery vans.

While Clark leaves behind a substantial record of achievement at the e-tail giant, Herrington still has some immediate challenges to face. These include Walmart’s continual jockeying against Amazon across all channels and touchpoints, a likely need to get more overtly involved in metaverse retailing, and an imperative to re-examine Amazon’s resale position and determine what steps may be needed to solidify or enhance it.

[Read more: Top three challenges for the next Amazon CEO of consumer business]

As part of this organizational change, Amazon’s operations organization will be united under a single leader, John Felton, who has been at Amazon for nearly 18 years, spending 12 years in retail and operations finance leadership roles.

In 2018, Felton moved to worldwide operations to become the VP of global customer fulfillment; and in 2019, he took over the newly formed global delivery services group, encompassing global import/export, Amazon Logistics, and the company’s last-mile delivery services.

“Doug and I have worked together on S-team since 2011,” Andy Jassy, president and CEO of Amazon, said in a corporate blog post. “He is a builder of great teams and brings substantial retail, grocery, demand generation, product development, and Amazon experience to bear. I remain very optimistic about our Stores business, and believe we’re still in the early days of what’s possible.

“It’s worth remembering that Amazon currently only represents about 1% of the worldwide retail market segment share, and 85% of that worldwide market segment share still resides in physical stores,” said Jassy. “If you believe that equation will change over time (which I do), there’s a lot of potential for us as we continue to be laser-focused on providing the best customer experience (broadest selection, low prices, fast and convenient delivery) while working on our cost structure to have the right long-term business. Please join me in congratulating Doug and John.”