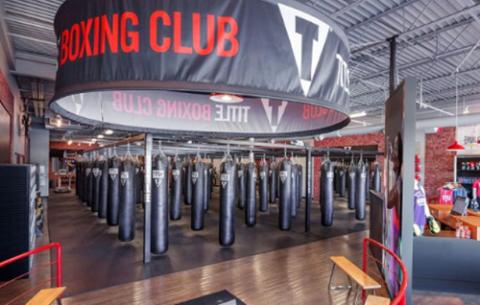 One of Franworth's Title Boxing Clubs

While the supermarkets that anchor necessity-based shopping centers across the U.S. are open and setting sales records, tenants such as restaurants and fitness clubs are closed and constructing survival plans.

Bill Collins, the executive VP of construction for Franworth, a franchise-focused growth equity firm with fitness and beauty clients such as Title Boxing Club and The Lash Lounge, admitted he was presented with some surprises when the shutdown occurred.

“Like a lot of people, I figured we had force majeure clauses in our leases and that we’d be covered by insurance. Then I found out that we weren’t covered for not being able to pay rent due to an act of God,” Collins said.

Very quickly, he and his staff assembled all the contractual facts associated with leases and government relief programs and set up programs to assist franchisees during the crisis.

The biggest mistake being made by shutdown tenants, Collins realized, was focusing on plans to ensure they’d be back in business in the fourth quarter.

“Where tenants can make a big mistake is negotiating with a landlord to try to solve a future problem. We told these franchisees, ‘Instead of trying to figure out what the next six months are going to look like, buy yourself 30 or 60 days,’” Collins said.

That’s especially the case with the COVID-19 situation, for which there is no history available on which to construct a plan.

“Neither the tenant nor the landlord knows what’s going to happen a few months down the road, so the first thing to do is stabilize the bleeding of cash.  When new problems or conditions arise, we can deal with those then,” Collins told franchisees.

“We get them up in the morning and give them something to do. We do business chats on Zoom. We tell them to continue to market themselves. A lot of what we do is exercise and beauty related, so we encouraged them to create online classes to keep active with their members,” Collins said.

He thinks the franchisees who stay engaged with members and employees during the crisis period will be the ones who will be happiest when shopping centers re-open.

“We feel there will be a huge pent-up demand for their services when this is all over,” Collins said