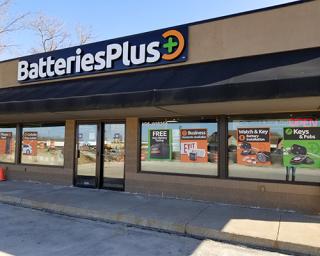 Batteries Plus is expanding into Southern Florida.

Batteries Plus has its sights set on Southern Florida.

The specialty retailer of batteries, lights bulbs, key fobs and phone repair  is expanding into Southern Florida. It has signed franchise developments for 10 stores in locations that include Boca Raton, Miami-Dade, and Broward Counties; Miami, Naples, and Fort Myers.

So far this year, Batteries Plus has signed agreements 35 new locations. The growth follows a “record-breaking” 2021, the company said, during which it signed agreements for 88 stores, split between organic growths with current franchisees as well as several multi-unit agreements.

Earlier this month, the company, which expects to open 55 stores this year, announced an extensive onmichannel rebranding project.

"It's an honor to witness the immense market growth our brand has demonstrated in the state of Florida, an area that is so dependent on reliable power sources and tools during severe weather season," says Joe Malmuth, VP of franchise development and relations for Batteries Plus. “We look forward to expanding our footprint and providing essential products and services to South Florida, an area that needs it most."

Based in Hartland, Wis., Batteries Plus is owned by Freeman Spogli, a private equity firm based in Los Angeles and New York City.