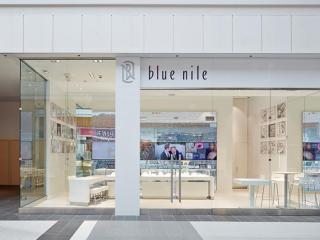 Blue Nile has entered into a deal to become a public company.

The pioneering online disruptor of the diamond jewelry market is returning to the public arena through an agreement with a special purpose acquisition company.

Blue Nile and Mudrick Capital Acquisition Corp. II. have agreed to combine in an agreement that will result in Blue Nile becoming a public company. Following the closing of the deal, the combined company will be named Blue Nile and be led by Blue Nile CEO Sean Kell and the current management team. It is expected to be listed on NASDAQ.

Founded online in 1999, Blue Nile was acquired in 2017 by an investor group comprised of Bain Capital Private Equity, Bow Street and Adama Partners in a deal that took the company private. The company’s assortment has grown from conflict-free diamonds to include earrings, necklaces, pendants, bracelets and other fashion items.

Blue Nile ships to 44 countries and is also expanding in the physical space. The company operates about 20 showrooms in the United States, with plans to have 40 locations by the end of 2023. The stores operate on an “asset light” model, with display inventory and a shopping experience in which consumers select their jewelry, with the help of company associates, and then order the items through the company’s website for delivery to home or office.

“Over the past two and a half years we have successfully transformed and elevated Blue Nile as a thriving fine jewelry and lifestyle brand, and we are excited about the growth opportunities that lie ahead,” Kell said. “We have only scratched the surface of an estimated $320 billion global fine jewelry market that has been slow to move online and remains fragmented. As we look to execute our growth strategy, now is the right time to become a public company.”

Blue Nile and Mudrick said the deal is expected to raise $450 million before expenses, with $50 million in new funds from Mudrick and $80 million from sponsors Bain Capital Private Equity, Bow Street, and Adama Partners, and from Mudrick Capital. The deal values Blue Nile at $873 million.

“As the pioneer of and category leader in online fine jewelry, Blue Nile is well-positioned to win as the go-to e-commerce destination in the space,” said Jason Mudrick, founder and chief investment officer of Mudrick Capital Management.  “With its market leadership, track record as an innovator, talented team, and omnichannel business model, along with its proven growth vectors, Blue Nile fully addresses Mudrick Capital Acquisition Corporation II’s investment criteria.”

Added David Humphrey, Blue Nile chairman and a managing director at Bain Capital Private Equity: “We believe Blue Nile has a significant opportunity for future market expansion as a real innovator in a large category that offers the right mix of compelling jewelry coupled with an unmatched selection of GIA graded diamonds at unbeatable values.”