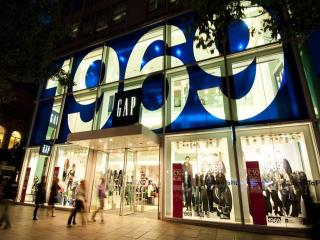 Gap Inc. is spinning off fast-growing Old Navy as a standalone company. It also plans to close about 230 namesake stores during the next two years.

The retailer said the separation will be done through a spin-off that is intended to generally be tax-free to company shareholders for U.S. federal income tax purposes. The spin-off will enable each company to maximize focus and flexibility, align investments and incentives to meet its unique business needs and optimize its cost structure to deliver profitable growth, Gap said.

“Following a comprehensive review by the Gap Inc. board of directors, it’s clear that Old Navy’s business model and customers have increasingly diverged from our specialty brands over time, and each company now requires a different strategy to thrive moving forward,” said Robert Fisher, chairman Gap Inc. “Recognizing that, we determined that pursuing a separation is the most compelling path forward for our brands – creating two separate companies with distinct financial profiles, tailored operating priorities and unique capital allocation strategies, both well positioned to achieve their strategic goals and create significant value for our customers, employees and shareholders.”

After the separation, Art Peck, currently the president and CEO of Gap Inc., will hold the same position with “NewCo,” and Sonia Syngal, current president and CEO of Old Navy, will continue to lead the brand as a standalone company. The two companies will remain at their current headquarters, both of which are located in San Francisco. Old Navy’s momentum was evident in the breakdown of the separation, with the new, still unnamed company bringing in about $9 billion in annual revenue through its assorted brands and Old Navy, by itself, garnering approximately $8 billion.

As part of the restructuring of its specialty store fleet, the retailer will close approximately 230 Gap locations during the next two years.

“The remaining specialty fleet will serve as a more appropriate foundation for future growth of the brand across the specialty, outlet and online channels,” Gap stated. “There will be a healthier channel mix after the restructuring, with nearly 40% of sales coming from online, and the remainder split fairly evenly between the specialty and value channels.”
Advertisement