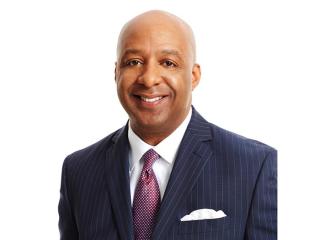 The home improvement giant on Tuesday named Marvin R. Ellison as president and CEO, effective July 2. Ellison will succeed Robert A. Niblock, who previously announced his intention to retire. Ellison is chairman and CEO of J.C.Penney, where he has been working to turnaround the chain to mixed results.

Ellison joined Penney as in 2014 as president and CEO-designee, taking the top role in 2015. He will step down as chairman effective immediately, and step down as CEO on June 1. While Penney’s conducts the search for a new CEO, an “office of the CEO” comprised of the chain’s CFO, chief customer office, chief digital officer, CIO, and executive VP of supply chain will share equal responsibility for day-to-day operations.

“I want to thank Marvin for his many significant contributions to J.C. Penney over the past three years,” said Ronald W. Tysoe, who on Tuesday was named chairman of Penney. “During his tenure, the company retired $1.4 billion in debt, renewed and enhanced its revolving credit facility and has significantly strengthened the company's financial position."

Prior to Penney, Ellison spent more than 12 years at The Home Depot, where he served as executive VP of U.S. stores from 2008 to 2014 and was responsible for sales, profit and overall operations for 2,000 stores and $65 billion in annual sales volume. Before the Home Depot, Ellison spent 15 years at Target Corp. in a variety of operational roles.

Analyst Neil Saunders, managing director of GlobalData Retail, commented that Ellison’s departure raises speculation that he is not particularly optimistic about the future prospect of J.C. Penney.

“Indeed, exiting before his plan is complete is a tacit admission that he may not be able to deliver what investors are looking for,” Saunders said. “This will be particularly damaging to staff morale, especially because Ellison is a popular leader who has connected well with almost everyone he works with.”

Lowe’s was jubilant about its new hire.

"Attracting Marvin is a great win for the entire Lowe's team,” said Marshall O. Larsen, lead director of the Lowe’s board.

“Marvin is an experienced retail CEO with extensive expertise in a complex omni-channel consumer-facing company. He also brings significant experience in the home improvement industry, with a proven track record of global operational excellence and driving results from both DIY and Pro customers. Marvin joins Lowe's at a critical inflection point as we work to enhance our competitive position and capitalize on solid project demand in an evolving consumer environment. “