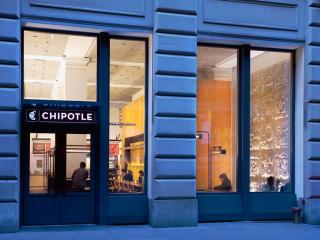 Chipotle Mexican Grill has tapped a fast-food veteran from another Mexican-food chain as its next chief executive.

The company has appointed Brian Niccol as CEO and a member of the board, effective March 5, 2018. Niccol most recently served as CEO of Yum! Brands' Taco Bell Division, where he is credited with a successful turnaround of the business.

Nicole replace Chipotle's founder and current CEO, Steve Ells, who announced his intent to step down in November. He will
become executive chairman.

"Brian is a proven world-class executive, who will bring fresh energy and leadership to drive excellence across every aspect of our business,” said Ellis. “His expertise in digital technologies, restaurant operations and branding make him a perfect fit for Chipotle as we seek to enhance our customer experience, drive sales growth and make our brand more relevant to customers."

Niccol joined Taco Bell in 2011. He served as president of the brand from 2013 to 2014, before taking the reins as CEO in Jan. 2015. Under his leadership, Taco Bell was repositioned as a lifestyle brand and launched numerous product initiatives, including the new breakfast daypart, the fastest growing daypart in the industry, according to a statement by Chipotle. He also revolutionized the brand’s digital approach through mobile ordering and payment across their 7,000 restaurants.

Prior to Taco Bell, Niccol held leadership roles at Pizza Hut, including VP of strategy, chief marketing officer, and general manager. He began his career at Procter & Gamble where he spent 10 years in various brand management positions.

Chipotle has been struggling with food safety issues since an E. coli crisis some two years ago drove customers away and damaged the reputation of the brand.
Advertisement