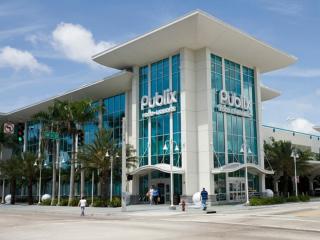 The supermarket retailer said it will open a 25,000-sq.-ft. GreenWise Market in Lakeland, Florida, which is the home of Publix’s corporate offices. A projected opening date has yet to be determined.

“Our new GreenWise Market concept celebrates specialty, natural and organic foods, and we think foodies and health-conscious customers alike will love what the store will offer,” said Kevin Murphy, Publix senior VP of retail operations. “We’re especially excited to announce a location in our home town.”

Publix in 2017 announced plans to reignite its GreenWise store concept, with the first location due to open in Tallahassee, Florida, in late September 2018. The store is currently under construction.

The second GreenWise Market is under construction in Mount Pleasant, South Carolina, with an expected opening in early 2019. Publix continues to look for additional GreenWise Market locations throughout its operating area.

Publix launched the GreenWise format in 2007, and currently operates three stores under the banner. But it has not opened a new GreenWise location since 2008.