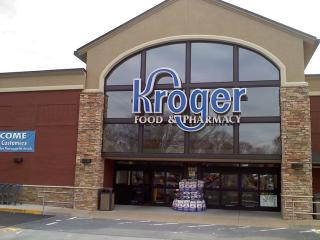 Over the past year, Kroger has been in something of a funk with a string of weak sales numbers and a run of declining profits. Fortunately, this quarter’s results suggest that the company may finally be emerging from its downturn. Admittedly, total sales growth of 0.5% does not look particularly impressive, but this is dragged down by the lower price of gasoline and various company disposals. When these are stripped out, the growth rate is a much healthier 2.5%. This is also reflected in the comparable sales numbers, which are up by 2.2%.

On the bottom line, Kroger managed to increase operating profit by a modest 1.8%. However, this is a bottoming out rather than a sign that the company is getting back to its previous levels of profitability. After all, the small rise doesn’t undo the 19.7% dip that Kroger experienced last year. In our view, margins will continue to be crimped by the various investments the company is making and the higher cost to serve digital consumers – which is one of the major future growth areas.

As we have noted before, the profitability of online grocery is questionable. Even Kroger’s most automated model, which it is developing in partnership with Ocado, is not proven to deliver solid profitability. This argument particularly applies to established markets where Kroger is simply transferring spend once made in stores to the digital ecosystem, which ultimately erodes margins. All that said, given that digital is a growing part of the grocery market and is becoming a more competitive battleground with players like Walmart ramping up service options, Kroger has no choice but to engage. The cost of not doing so would be to erode market share and lead to long-term profit decline. For Kroger this is a very much a case of being damned if they do play more heavily in digital and damned if they don’t.

One thing that we will say about Kroger is that they have not been halfhearted in their digital efforts. They have explored various options, including the innovative Ocado partnership, and have rapidly expanded the coverage of their pick-up and delivery locations so that they now cover around 95% of Kroger households. This commitment has resulted in solid levels of digital sales growth which, this quarter, came in at a market-beating 31%. Looking ahead, our concern with digital is not that the market will get more crowded and competitive – because in its embryonic state there is enough available growth to satisfy all retailers – it is that an increased focus on low-cost and free delivery options as well as price competition on products will accelerate margin attrition. Kroger will need to manage this carefully as, for the most part, it does not have the ballast of stronger non-food margins that players like Target and Walmart do.

Away from digital, we have long held the view that Kroger has a lot more work to do in revitalizing its core offer. Fortunately, we see some signs of this happening on the product front where new ranges like the Simple Truth Plant Based assortment are being launched. A continuation of this is vital if Kroger is to stay ahead in a market that is more focused on innovation and in which players like Target are also launching new grocery brands. However, stores also need investment and while there is a modest ongoing refurbishment program, we still believe that too many stores under Kroger’s various banners are dispiriting and in desperate need of investment.

Overall, Kroger is in a reasonable position as its scale affords it the ability to invest and cope with margin depletion. However, the grocery sector is not a happy place in retail and there are inevitably many pressures ahead which will stymie returns.
Advertisement