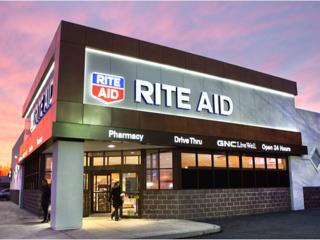 The proposed merger by Albertsons and Rite Aid [which was called off on Wednesday evening] was always one based on an overly optimistic view that combining the two businesses would generate incremental revenue and profit.

There was some logic in that the deal would have given Albertsons more scale in the high-growth pharmacy and health space. It would have also granted it access to some geographic areas it does not currently serve with a pharmacy offer.

However, both of these things are about "one plus one equaling two." They are not compelling reasons for a complex and costly merger.

A huge question mark always hung over how the combination of the two businesses would have boosted growth and created meaningful transformation. The parties talked enthusiastically about evolving themselves into a food, health and wellness powerhouse but never spelled out what form this would take or how it would come about.

A rebranding of Osco and Sav-on concessions in existing Albertsons stores was also rumored. However, that would have been a cosmetic rather than a material change to create a leaner or more dynamic business -- and certainly not a sufficient reason for a merger.

The idea of creating a food, health, and wellness giant was always fanciful. Neither Albertsons nor Rite Aid are stellar retailers. The former has a tired and shabby store portfolio that is in desperate need of investment, while the latter also has a retail proposition that is far from cutting edge. In our view, Albertsons should focus on investing in and boosting its existing business rather than getting involved in corporate deals.

In our view, the deal was simply an acquisition that would have added some new revenue to Albertsons while injecting another entity into an already overly-complex corporate structure.

The future for Rite Aid is now questionable. After the sell-off of stores to Walgreens, it lacks scale. Given that scale is now more critical than ever in the pharmacy and health market, it will no doubt be casting around for another entity with which it can combine.
Advertisement