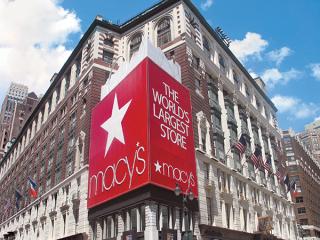 A very mixed bag of results from Macy’s provides equal doses of optimism and gloom about the future prospects for the storied retailer. The headline numbers, which show total sales down by 2.5%, are not as bad as they first appear – mainly because Macy’s trading period was one week shorter than last year. However, the comparable numbers, which remove that variance, still come up short with very meagre growth of 0.4%.

Macy’s makes much of the fact that it has delivered comparable growth across both the quarter and the fiscal year as a whole – where the figure rose by 1.7%. This is true and the company does deserve credit for the progress. However, in our view, there a number of more nuanced points which remain troubling. First, Macy’s full year growth was achieved against the backdrop of a very strong consumer economy. Second, despite its various initiatives, Macy’s still lost market share across all of the categories in which it trades. Third, the fourth quarter numbers represent a worrying material slowdown in the pace of advance.

While it is certainly true that December’s overall U.S. retail sales numbers were not as good as anticipated, trading was still solid across the total holiday period. As such, Macy’s cannot use this as a complete excuse for slower growth across the final part of the year – especially as it was not up against particularly tough comparatives. In our view, the main reason for the slowdown was Macy’s lackluster approach to the holidays, especially in stores. While a handful of refurbished locations looked good, the majority of the estate was incredibly poor. Some stores had virtually no holiday cheer and were crammed full of boring merchandise. This unpleasant and uninspiring shopping environment meant Macy’s lost out on footfall and sales.

Digital did better, mainly thanks to Macy’s efforts around collection from store and mobile. However, this means that store comparables are in strong negative territory, which is an unsatisfactory position when the company has supposedly offloaded its weaker branches. Macy's inability to grow its store sales is also contributing to margin compression as more revenue migrates to the higher-cost digital channel.

The problem for Macy’s is that if it cannot deliver a strong set of numbers against the backdrop of a good consumer economy, its fortunes for the upcoming year – when economic growth will cool – do not look good. That is reflected in the guidance for comparable sales which are forecast to be flat to up 1%. In our view, this underlines the fact that Macy’s has still not successfully created a true destination status and has still not got to grips with many of the issues plaguing its stores.

None of this is to suggest that Macy’s has made no progress. It has undertaken many initiatives, including upgrading 50 stores with a further 100 to be upgraded this year. These are performing better, delivering improved rates of conversion and loyalty. However, this simply isn’t enough to forcefully drive sales. Nor does it address the serious deficiencies in the shopping experience at the many other outlets. We recognize, and accept, that Macy’s cannot refurbish all stores at once. However, we would argue that many of the failings are basic and can be remedied by better shop keeping standards and store management disciplines – things that take effort but cost little.

Given some of the negative headwinds and the lack of progress in revitalizing the experience and brand, we believe 2019 will be a year of slow progress. Macy’s is advancing, but is doing so at something of a glacial pace.
Advertisement