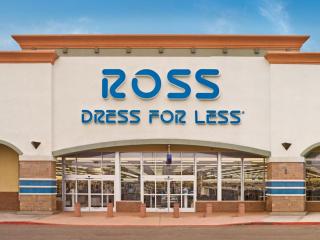 After a softer than normal start to the fiscal year, Ross is firmly back on track with a strong set of second-quarter sales numbers. Total revenue rose by just shy of 9%, supported by a solid 5% increase in comparables. Both come off the back of a good performance in the prior year.

As has been the case with many other retailers, a healthy consumer economy helped lift sales. Many of Ross' shoppers have seen their incomes boosted by tax cuts and bonuses and they have not been afraid to spend their windfalls on products. Ross has been one of the beneficiaries of this spending boost, especially in apparel.

What is notable, however, is that without this external stimulus, Ross would likely be on a lower growth trajectory than it has been over the past year or so. Indeed, its own previous guidance of a 1% to 3% rise in comparable sales over the second quarter is a realistic estimate of what performance might have looked like if the economy was not firing on all cylinders. While this is far from disastrous, it does underline the fact that Ross needs to engineer better productivity from its stores.

For example, Ross remains behind the curve in categories like home. These are fast-growing areas, of which the company is taking only partial advantage. While it would be imprudent to do something just because a rival is doing it, we note that TJX's thinking on home is far more advanced and this has paid dividends. As Ross becomes more mature in clothing, it needs to start thinking about the levers it can pull to generate higher sales. We sometimes get the impression that as operationally sound as Ross is, it lacks the hunger and dynamism to make bold moves.

A not so bold move that is helping to deliver overall growth is the store expansion program. It is therefore good news that Ross has increased its store growth targets to a total of 3,000 locations from the 2,500 guidance it previously issued. This comprises up to 2,400 Ross shops and 600 dd’s Discounts outlets. We believe that such goals are feasible, especially as there are many markets where Ross has no presence. That said, we caution that the execution of new stores needs to be on-point as the market is becoming increasingly saturated with discount and off-price players.

Apart from the benefit of economies of scale, new stores do not necessarily help Ross to improve its productivity. However, this is an increasingly important component of success - not least because of higher costs in the business. As we forecast a few months ago, this quarter's margins were eroded by a combination of higher freight costs and a scheduled rise in wages. The latter is a sensible investment that will ultimately help staff retention and customer service, but it is something that Ross will need to offset if it is to maintain bottom line growth over the longer term.

Overall, we maintain our view that Ross is a solid and well-run business. However, it will need to move faster and be more creative if it is to thrive in a more challenging and cost-pressured retail environment.
Advertisement