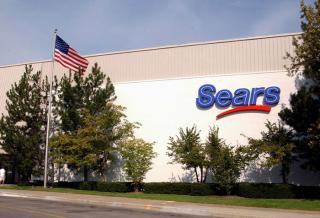 Reports of Sears headed to liquidation suggest that the much-storied retailer is now at the end of its long road to collapse. Its recent journey to this point has been characterized by incredibly poor strategic decisions, chronic underinvestment, and continuous financial machinations designed to keep the company afloat. All of this impacted trading, which has remained dire, making Sears more like a patient in a coma than a fully functioning retailer.

While Eddie Lampert has worked hard to rescue the remains of his empire, there is simply not enough financial firepower left in the company to persuade investors of his bid. Indeed, the terms of the deal put forward by Lampert would only likely delay the inevitable and make it far more difficult for creditors to extract their money. Moreover, his track record in putting the company on a sound financial footing has been less than impressive, and we believe this has undermined his credibility with stakeholders.

As a last roll of the dice, Sears recently attempted to shrink its way to success by closing stores. While closure sales helped to temporarily boost footfall and revenue at some shops, they have done nothing to make the firm viable. Nor have the efforts improved perceptions. Our data from the holiday period show that overall customer usage of both Sears and Kmart has fallen, and perceptions of both brands are sharply down on last year's low scores. In essence, there is simply very little equity left in the brand.

That said, there may be interest in elements of Sears' business such as the automotive side, the online operations, the brands, and the various home services. As such, parts of Sears could live on even if the company as we know it will disappear.

As dispiriting as the news will be for staff, other retailers will find their sales boosted by the failure. In our view, the spoils will be spread widely among a number of different players, but there will still be some appreciable gains by rivals.

Overall, Sears will now act as a case study in how not to run a retail operation. It also serves as an example that even the once most powerful and cutting edge of brands can easily fail in a retail environment where change and evolution are the order of the day.
Advertisement