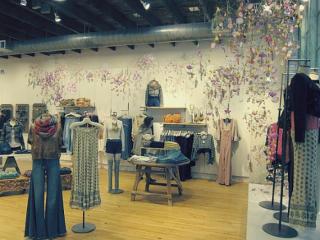 After a string of poor results, today's numbers from Urban Outfitters make for happier reading. The 3.5% uplift in total sales is welcome, but it is the return of all brands to positive comparable sales that is most agreeable. This rise came despite the negative impact of the hurricanes on some stores: without this, overall comparable sales would have risen by 2% rather than the reported 1%.

As good as the numbers are, there are still some weaknesses in Urban Outfitters' performance. Foremost among these is the growing disparity between stores and the online operation. The latter continues to grow strongly, while the former is still in decline. Although the two trends balance each other out in sales terms, the impact on profit is negative because of the higher costs associated with fulfillment. This is not a new dynamic, but it is one that Urban Outfitters is still largely failing to address.

The impact of online joined with a couple of other trends in depleting gross margin by 142 basis points over the period. One of these was the higher proportion of lower-margin furniture products in the sales mix. The other was a higher percentage of lower-profit international sales. Taken together, these things contributed to the 4.8% decline in net income over the prior year. Admittedly this is a better outcome than the 31% decline posted over the nine months to-date, but it is still one that leaves Urban Outfitters in the red when it comes to profit growth.

Putting these specific issues to one side, the better performance was also delivered against a more positive backdrop for apparel where demand was stronger than it has been for most of the year. This is not to take away from some of the progress made by Urban Outfitters, but it does suggest that when put in context, the company still has some work to do to lift its performance.

In this regard, we maintain our view that while Urban Outfitters and Anthropologie stores are not unpleasant places to shop, neither do they make the process of buying easy. The customer has to do a lot of work in finding the right product, which is one of the reasons increasing numbers are opting to buy online where sorting and filtering options make it easier to identify items of interest.

We also believe that the clothing offer is too eclectic, although fall and winter ranges appear to have a little more cohesion. Even so, Urban Outfitters, and to a lesser extent Anthropologie, are still dropping off the radar of some consumers. To remedy this, both brands need to develop a much clearer and more compelling handwriting that resonates with the core customer.

Free People does a much better job at creating a unique and interesting offer, which is one of the reasons its performance has been so much better. However, the Urban Outfitters' over-reliance on this brand — where comparable sales rose by 5% — is problematic. To sustainably boost performance the company needs to be firing on all cylinders, not just one.
Advertisement