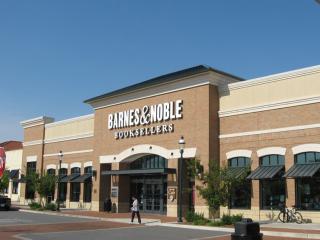 The bookseller on Wednesday afternoon disclosed that it has entered into a formal review process to evaluate strategic alternatives. Barnes & Noble said the decision follows expressions of interest from multiple parties to acquire the company — including one from its founder and chairman, Leonard Riggio.

The board has appointed a special committee of independent directors to lead the strategic review process. It will be advised by independent legal and financial advisors.

“Mr. Riggio has committed to support and vote his shares in favor of any transaction recommended by the special committee," the company said in a statement.

Barnes & Noble also said it has noticed “rapid material accumulations of its stock,” and has subsequently adopted a short-term shareholder rights plan (or a so-called “poison pill”) to thwart hostile take-over bids. The plan, which expires Oct. 2, 2019, gives Barnes & Noble shareholders preferred shares at a 50% discount, should a person or group acquire 20% or more of the company, by buying up stock or through a tender offer.

For its most recent quarter, the retailer reported a net loss of $17.0 million, compared to a loss of $10.8 million in the prior year. In August, Barnes & Noble fired CEO Ronald D. Boire, who held the position for just under a year and was the chain’s fourth chief executive in four years. Riggio, along with other members of the chain’s executive management team, have assumed Boire’s duties while the company searches for a new CEO.
Advertisement