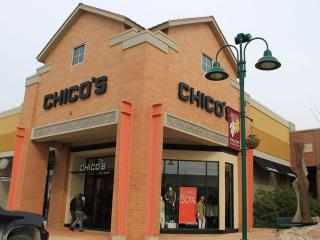 Sales declined 5.9% to $544.7 million from $578.6 million, but still topped Street estimates of $541.0 million. The decline reflected the impact of 42 net store closings since the year-ago period and a calendar shift with the addition of an extra week in 2017.

Total same-store sales were down 3.2%, as a lower transaction count was partially offset by higher average dollar sales. By brand, same-store sales fell 3.8% at Chico’s, 3.5% at White House | Black Market and 0.9% at Soma.

Chico’s said it made considerable progress during the second quarter toward becoming a fully integrated omnichannel retailer, with its initiatives fueling a double-digit rise in digital sales. All front-line stores have been converted to its new "locate" tool, enhancing the ability to ship an in-store order directly to the customer. In addition, the retailer is rolling out its "endless aisle" tool, which leverages shared inventory for purchase on-line and ship from store.

"Second quarter results were in-line with our expectations, reflecting momentum on our top-line initiatives," said Shelley Broader, CEO and president. "New merchandise assortments are resonating with customers, and innovative advancements to our robust omnichannel platform are driving increased customer awareness and reactivation.

Chico's affirmed its 2018 outlook for a low-to-mid single-digit percentage decline in net and same-store sales.
Advertisement