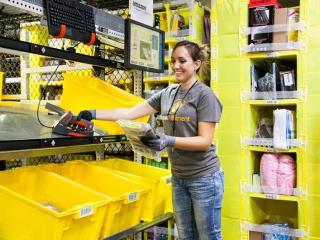 Amazon's decision to raise its minimum U.S. wage to $15 an hour is both a politically savvy move and a change made out of economic necessity. It also comes at a time when Amazon's profitability is improving, so the company is in good shape to make the change.

While some of the allegations levied against Amazon with regards to its labor practices are hyped, political pressure has been mounting for some time with regard to low wages. The narrative that Amazon is an ungenerous employer at a time when the company's sales, profits, and valuation are soaring does not play well among many customer segments. Amazon will hope that this move demonstrates its commitment to staff and their wellbeing.

Although the hike is partly political, there is also an economic imperative to increase wages. Amazon's superior growth necessitates a lot of recruitment which is becoming increasingly difficult in a tight labor market. This is especially so over the holiday season. Without a rise in wages, Amazon would be placing itself at a disadvantage in the labor market.

While Amazon can afford the increase, there will be an impact on the bottom line. However, this is likely to be masked by improving profitability and growing sales. It is also the case that Amazon gets something of a free pass on profit levels from investors, so is able to manage market expectations. The same cannot be said for other retailers, many of which are under increasing economic pressure to increase wages and benefits. In our view, those moves could well impact earnings into the new year.
Advertisement