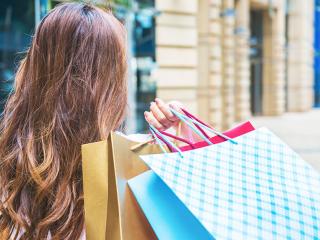 Consumer sentiment dipped in August amid concern about rising prices.

The University of Michigan’s consumer sentiment index fell to 95.3 in August, down from 97.9 in July, according to a preliminary reading. It was the lowest level in 11 months, and below economists’ expectations who were looking for it to reach 98.

The decline was concentrated among households in the bottom third of the income distribution, according to the report. And the concern was rising prices — buying conditions for large household durables sank to the lowest level in nearly four years. When asked to explain their views, consumers voiced the least favorable views on pricing for household durables since October 2008. Vehicle buying conditions were viewed less favorably in August than anytime in the last four years, with vehicle prices being judged less favorably than anytime since the close of 1984.

“These are extraordinary shifts in price perceptions given that consumers anticipate an inflation rate in the year ahead of 2.9% in early August, unchanged from last month,” the report said. “The data suggest that consumers have become much more sensitive to even relatively low inflation rates than in past decades.”
Advertisement