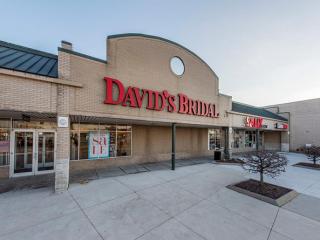 David’s Bridal is revving up its engine after having successfully emerged from bankruptcy protection.

The wedding apparel and accessory company has expanded its assortment of new styles and is making them available in a wider range of sizes (from 0 to 30) in stores for customers to try on.

It also promises lower prices on best sellers. And in a nod to increasingly socially-conscious consumers, the retailer notes its collections are “ethically sourced.”

“We’ve been listening and heard from you that affordable prices are more important than ever,” Scott Key, David’s Bridal CEO said in a posting on the company’s web site. “In response, we’re excited to re-introduce some of your favorite styles at a new lower price.”

Online, the retailer has expanded its assortment of  bridesmaids, special occasion dresses and other items.  It’s also focusing on its bridal registry, Blueprint Registry, a startup that it acquired last fall.  It is adding features such as  guides to determine what brides need by room, cash and group gifting, and the ability to add items from any website to make the registry process easier for brides and their families and friends.

David’s Bridal filed Chapter 11 bankruptcy protection in November. It emerged earlier this year, or about two months later, with about $450 million less in debt. Notably, it kept to its promise that its stores and customers would not be disrupted during the process. (David’s Bridal, which operates more than 300 stores across the U.S., U.K. and Canada., did not close any of its locations during the restructuring.)

“Dresses were delivered on time, stores remained open, and as a company we remained focused on delivering service worthy of five stars,” Key said. “We want to express our heartfelt gratitude to the thousands of customers who put faith in us during this brief time of transition.