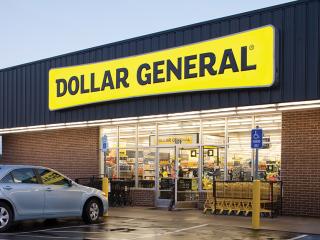 "We continue to believe that investing in the business through our high-return new store growth is the best use of our capital to help drive long-term shareholder value," said Todd Vasos, Dollar General’s CEO. "Our new store growth is complemented with a significant increase in our store remodel program from fiscal 2017 that we view as an investment to enhance and consistently deliver on our brand promise to help our customers save time and money every day.”

Neil Saunders, managing director of GlobalData Retail, commented that many of Dollar General's new stores will be located in metro areas.

"This represents a slight shift in focus--but one that we believe presents Dollar General with a significant opportunity," Saunders said. (For more, click here.)

"During the quarter, we effectively balanced our same-store sales growth while achieving gross profit rate expansion and continuing our planned investments in the business," said Vasos.