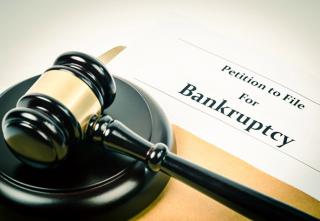 Retail defaults are expected to pick up in 2019.

The prepackaged Chapter 11 bankruptcy filing expected by plus-size apparel retailer FullBeauty Brands will be the latest in a string of retail defaults during the past two years, including recent filings by Sears Holdings and David's Bridal, according to Fitch Ratings. For 2019, Fitch's retail institutional leveraged loan default forecast is 7%, compared to 1.5% for the overall market.

Retailers currently on Fitch's 'Top Loans of Concern' list, which indicates a significant risk of default, include Neiman Marcus Group, Toms Shoes, Indra Holdings, Iconix Brand Group, NYDJ Apparel and Charlotte Russe. Retail accounts for 18% of the 'Top Loans of Concern' volume, the most of any sector. The 2018 default rate for U.S. retail leveraged loans was 4.7%, above the overall 1.75% rate, with $3 billion of volume.

FullBeauty, which operates as a catalog and e-tailer, plans to file for bankruptcy in late January, having reached a restructuring deal with most lenders to give control to a group of creditors led by Oaktree Capital Management in exchange for slashing $900 million in debt, the Wall Street Journal reported. Private equity firm Apax Partners acquired FullBeauty in 2015 in a leveraged buyout worth more than half a billion dollars.
Advertisement