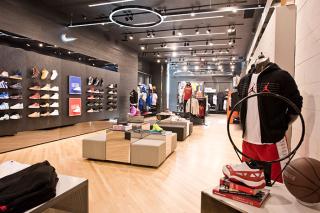 In response to sluggish sales, Foot Locker has been investing to improve its digital and in-store experience, along with collaborations with vendors. Its third quarter results suggest the efforts are beginning to pay off.

“Our accelerating comparable sales and improving bottom line reflect the strategic partnerships with our vendors, as well as our efforts to inspire and empower youth culture and create deeper connections with local communities," said Richard Johnson, chairman and CEO, Foot Locker. "We believe we are well positioned to produce even stronger results in the all-important holiday selling season and the fourth quarter overall."

Canaccord Genuity consumer analyst Camilo Lyon noted that in addition to Foot Locker's improving product mix, the chain is collaborating extensively with such key vendor partners as Nike to offer a unique and differentiated experience to its customers.

As of November 3, the company operated 3,266 stores in 26 countries in North America, Europe, Asia, Australia, and New Zealand. In addition, 108 franchised Foot Locker stores were operating in the Middle East, as well as 10 franchised Runners Point stores in Germany.
Advertisement