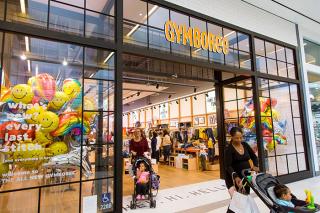 The children’s apparel retailer is expected to file for bankruptcy protection as soon as this week, reported CNBC. As part of the process, Gymboree expects to shutter nearly all of the roughly 900 stores it operates under its three banners, the report said.

In December, Gymboree announced it had started a comprehensive review of strategic options which could include a sale or other transactions for its Gymboree, Janie and Jack and Crazy 8 brands. The company also said it planned to close its value-oriented Crazy 8 stores and “significantly” reduce the number of Gymboree store locations in 2019.

Gymboree filed for Chapter 11 bankruptcy protection in June 2017, and emerged later that year, in September, with about 350 less stores (giving it a total of about 380 locations) and new owners. It also cut its debt by some $1 billion.

According to the CNBC report, Gymboree is looking to sell its high-end brand Janie and Jack brand, which operates about 139 stores.