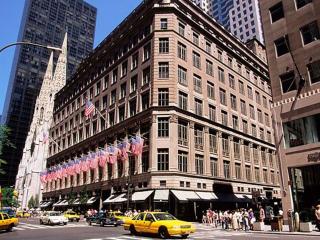 Despite capitalizing on the value of its real estate portfolio and swinging to its first profit in eight quarters, Hudson’s Bay Co. missed earnings expectations for the fourth quarter. Disappointing performances by the retail giant’s European chain, discount banners, and Lord & Taylor, and problems with its cost-cutting plan, all took a toll on the retail giant, whose overall same-store sales fell.

For the quarter ended Feb. 3, net income was C$84 million (Canadian dollars), compared to a net loss of $152 million in the fourth quarter of the prior year. This improvement is primarily due to a $181 million tax gain resulting from the recent U.S. tax reforms. Adjusted net earnings, excluding one-time items, were C $20 million, or nine Canadian cents per share, compared with analysts projections of 47 Canadian cents.

Retail sales increased 2.1% to C$4.7 billion, helped by an additional week of sales. Overall comparable sales across all banners during the quarter decreased 2.4%. Same-store sales fell 2.6% at the department store group, consisting of Hudson’s Bay, Lord & Taylor and Home Outfitters, amid lower traffic. The company’s discount banners, including Gilt and Sake Off-Fifth, also did not perform well. A bright spot was Saks Fifth Avenue, whose same-store sales rose 2.1%, the third consecutive quarter of growth.

Going forward, the company’s transformation plan, which it announced in June, is expected to generate annual savings of $350 million (Canadian dollars) by the end of fiscal 2018. It is expected to mostly offset increased expenses associated with previously committed new store openings and stores opened during the back half of fiscal 2017, as well as other operating activities.

The company is also reducing its overall inventory levels and improving working capital.

“While we are not pleased with our recent performance, we continue to capitalize on the value of our real estate portfolio, and are taking action to improve our operating results,” said Richard Baker, HBC’s governor and executive chairman. “Our valuable real estate assets provide HBC with a solid financial base, and the recent agreement to sell the Lord & Taylor flagship building further demonstrates our ability to monetize these assets and enhance liquidity.”
Advertisement