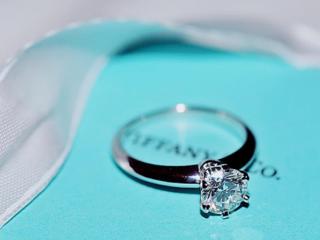 The company reported that its total net sales rose 8% to $1.05 billion during the combined November and December period.

“While our major fashion jewelry collections continued to perform well, customers were equally excited about our fine jewelry, our watches and our new home and accessories collection,” said CEO Alessandro Bogliolo. “Some exceptional high jewelry creations further contributed to the sales performance. “

Tiffany raised its full-year 2017 forecast, and said it now expects adjusted earnings to rise in the high-single digit percentage range from its prior forecast of a mid-single digit rise. It also said worldwide sales would increase 4%, or about $4.16 billion, for the year ending Jan. 31, beating the $4.11 billion analysts were expecting.

Tiffany struck a cautious note with regard to fiscal 2018.

“While we are encouraged with the holiday sales results, we believe that the preceding negative comparable store sales trend can only be reversed on a sustainable basis by continuing to evolve our product offerings and customer experience and also by stepping up certain strategic spending in our business, all of which is reflected in our preliminary 2018 plans and earnings outlook,” Bogliolo said.

Tiffany said it anticipates increased levels of spending in a number of areas in 2018, including technology, marketing communications, visual merchandising, digital, and store presentations. As a result, the company expects earnings to be flat to slightly down from fiscal 2017's figure. At the same time, earnings are expected to get a boost "in an amount yet to be determined, from an expected lower effective income tax rate resulting from the recent revisions to the U.S. tax code," the company stated.