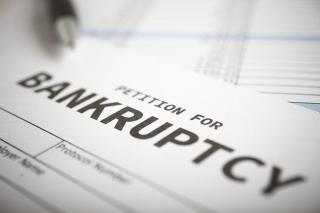 A Texas-based jewelry retailer has filed for bankruptcy protection amid a legal probe of its Indian-based parent company.

Samuels Jewelers said that its approximately 122 stores and its e-commerce site will remain open for business as the company seeks to restructure its finances while continuing normal business operations. The retailer, which listed liabilities between $100 million and $500 in its Chapter 11 filing, said it expects the restructuring process will enable it to significantly reduce its outstanding debt.

"Our customers around the U.S. can continue to count on an outstanding shopping experience and excellent service whenever, wherever and however they choose to shop with us. As we prepare for another holiday season, our national team members are ready to serve the families who will be shopping with us."

Samuel Jewelers is owned by India’s Gitanjali Gems Ltd., whose chairman Mehul Chinubhai and his nephew, jewelry designer Nirav Modi, are wanted by the Indian authorities in connection with an alleged $2 billion bank fraud against the country’s Punjab National Bank. They fled India before the charges against them were filed, according to Reuters. A special Indian court issued warrants against the pair—both of whom have denied the allegations—last month.

Samuel’s first filed for Chapter 11 in 1992, when it was owned by Barry’s Jewelers, and did so again in 1997. In 1998, the company changed its name to Samuels Jewelers, and sold a majority stake to DDJ Capital Management. It filed again in 2003. In 2006, it was acquired by its present owner.
Advertisement