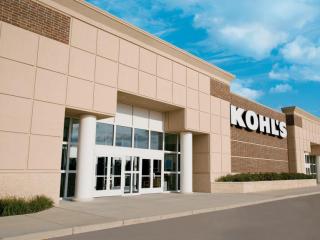 Also on Thursday, the department store retailer -- which has made about 300 of its stores operationally smaller -- told CNBC it plans to lease space to discount grocer Aldi in up to 10 stores later this year in a pilot. CNBC had earlier reported that Kohl's planned to work with grocers and convenience stores to lease the unused space in its stores. Kohl’s also has an in-store partnership with Amazon that includes accepting Amazon returns at some 80 stores.

In a statement, Kohl’s chairman and CEO Kevin Mansell cited the chain’s tighter inventory controls which helped boost profit margins. The retailer ended the year with 7% less inventory. (As previously announced, Mansell will step down in May, to be succeeded by Michelle Gass.)

“We improved our merchandise margins through strong inventory management and improved promotional and permanent markdowns,” said Mansell. “All areas effectively managed their expenses.”

Analyst Neil Saunders, managing director of GlobalData Retail, noted that Kohl’s strong fourth quarter performance numbers represented “a sharp leap in performance.” While some of it, he added, was due to the overall positive environment over the holiday period, “Kohl's also deserves credit for the various initiatives which have allowed it to capitalize on the benign economic climate.”

“Foremost among these are the improvements in the in-store offer, with the thinning out of the range and the incorporation of more branded products both helping to boost footfall and conversion rates over the holidays,” Saunders said. “Some of the more radical steps, such as allowing Amazon returns in some stores and the introduction of Amazon shop-in-shops also paid dividends. In our view, this kind of thinking also shows that Kohl's understands the need to give customers reasons to visit stores and is not afraid to experiment to achieve this.”