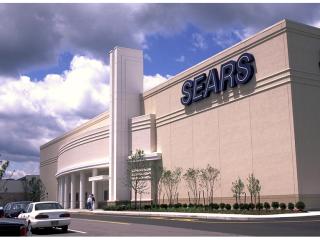 Last week, a bankruptcy court judge approved ESL’s offer, clearing the way for Sears to exit bankruptcy and remain in business as a going concern. Following its ongoing (and previously announced) round of store closures, the new Sears will be made up of 223 Sears and 202 Kmart stores, along with such brands and operating businesses as Kenmore, DieHard, Craftsman, Sears Home Services, Sears Auto Centers and Innovel.

The company will be led by the same management team that constituted the “Office of the Chief Executive” of Sears Holdings, consisting of Robert A. Riecker, CFO; Leena Munjal, chief digital officer; and Greg Ladley, president, softlines. (The office was put in place when Lampert stepped down as CEO.). Sears said it intends to conduct a search for a CEO with a record of success “in managing platform businesses and effectuating large-scale dynamic transformations.”

“The best possible outcome has now been realized for all stakeholders, including Sears’ many associates, Shop Your Way members, vendors and other partners,” Lampert, CEO of ESL., said in a statement. “ESL looks forward to a new era at Sears and Kmart that builds on their proud histories, while finding new ways to innovate and grow to adapt to the forces transforming the retail industry. We are ready for this exciting opportunity to help return Sears to profitability and will apply ourselves every day in pursuit of that goal.”

A new entity, Transform Holdco, will be the holding company for the rescued chain and keep all existing customer experience and agreements intact for a “seamless transition,” the statement said. As of the closing of the acquisition, the new Sears had more than $400 million in excess availability on its new asset-backed credit facility, which provides a significant runway to pay assumed liabilities and execute go-forward initiatives, including investments in new, smaller stores to expand its reach in the hardlines category.

In a statement, the company it moves forward from the Chapter 11 process positioned for success with:

• A footprint of profitable retail stores, a robust digital platform and an integrated ecosystem of businesses that drive franchise value;
• A healthier capital structure, including a reduced debt load, that creates the liquidity necessary to invest in its go-forward plan;
• Initiatives to drive margin & EBITDA growth, including technology investments, inventory optimization and Sears Home Services enhancements;
• Significantly reduced SG&A expense;
• Strong brand recognition and market positions in key segments, appliances;
• No. 3 appliance retailer in the U.S.;
• No. 1 home service and direct delivery provider, including for leading third-party retailers; and
• No. 1 provider of appliance and lawn & garden parts for the DIY community.
Advertisement