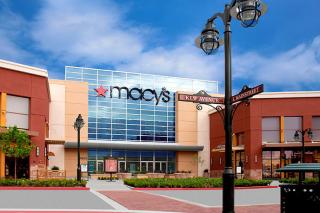 Macy’s is embarking on a multi-year restructuring plan as it looks to cut costs amid sluggish same-store sales.

The department store giant on Tuesday announced restructuring actions that, starting in fiscal 2019, are expected to generate annual savings of $100 million and contribute significantly to profitable growth. Part of the plan includes “reducing the complexity” of Macy’s upper management structure. According to CNBC, the retailer is cutting 100 vice-president level or above positions from its roster.

“The steps we are announcing to further streamline our management structure will allow us to move faster, reduce costs and be more responsive to changing customer expectations. Importantly, these changes build the foundation we need to achieve meaningful enterprise productivity improvements,” said Jeff Gennette, Macy's chairman and CEO.

Macy’s announced the restructuring along with its fourth quarter results. The company’s net income for the period ended Feb. 2 came in at $740 million, or $2.37 a share, compared with $1.35 billion, or $4.38 per share, in the year-ago period. Excluding one-time items, Macy’s earned $2.73 cents per share, ahead of analysts’ expectations for $2.53. (This quarter was one week shorter than the fourth quarter of 2017.)

Sales fell to $8.46 billion from $8.67, but still managed to top Street expectations of $8.45 billion. Same-store sales rose 0.9%, short of Street estimates of 0.9%. The retailer said it experienced another quarter of double-digit digital growth.

In 2019, Macy’s plans to continue to expand its off-price Backstage concept, adding it to 45 stores. It also will double the number of its pop-up concept, Market @ Macy’s, locations, all of which will be powered by the b8ta platform. And the retailer will expand its virtual reality furniture experience in 2019, which is now in place in some 90 stores.

Also in 2019, Macy’s will extend its “Growth50” store investment initiative to another 100 stores. It includes upgrades in facilities, fixtures, assortment and customer service. Analyst Neil Saunders, managing director of GlobalData Retail, noted that stores that have received the upgrade are performing better, delivering improved rates of conversion and loyalty. But he added that the results are not doing enough to forcefully drive sales, and the upgrades do does address the “serious deficiencies” in the shopping experience at many other Macy’s stores.

“We recognize, and accept, that Macy’s cannot refurbish all stores at once,” Saunders said. “However, we would argue that many of the failings are basic and can be remedied by better shop keeping standards and store management disciplines – things that take effort but cost little.” For more Saunders commentary, click here.
Advertisement