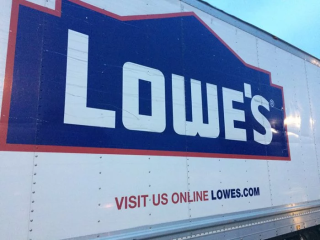 Marvin Ellison has wasted no time in shaking things up at Lowe's.

In his first week on the job, Lowe’s CEO Marvin Ellison unveiled a major restructuring of executive staff. And in the company’s first quarterly report under Ellison, Lowe’s unveiled a bombshell decision to close all 99 Orchard Supply Hardware stores.

So what else is new at Mooresville, N.C.-based Lowe’s? There’s a lot. The company reported second quarter revenue in excess of $20 billion – another first. Here are some of the other highlights from Lowe's first quarterly report and earnings call under Ellison's watch.

For the pro. The company adjusted upward its estimate of the share of its total sales to pros – now roughly 30%. (Home Depot’s similar estimate is 45%.) “Pro is a huge opportunity for us,” said Ellison. The company say continued strength in lumber and building materials in the second quarter, and it hopes to build on that with new introductions for the pro. Among them: Lowe’s announced an introduction of Mapei to all stores, described as the leader in tile setting materials. Also added Zoeller, described as the leading brand in pumps, and a retail exclusive for Lowe’s.

Room for improvement. Ellison was direct in his assessment of where Lowe’s can improve. “Specifically, we are significantly behind in our supply chain strategy, our in-store technology is dated, overall execution is impaired by complexity, we have a large number of out-of-stocks in our stores that must be addressed, and we need to increase the rigor with which we evaluate capital investments.”

Orange vs. Blue. Comparable store sales at Lowe’s continue to trail its rival Home Depot. As the chart below illustrates.

Lowe’s concedes Home Depot’s real estate advantage in metro areas, particular in the Northeast and West Coast, but with improved balance in serving DIY and pro customers, Lowe’s can begin to even the score.

Ellison looked back at the time he was a executive with Home Depot competing against Lowe’s. “I can remember back in early 2000 where it felt like every quarter, we were getting beat pretty significantly by Lowe’s with those same structural disadvantages that we currently have, so I think for us, it’s less about looking at the competition and it’s more about looking within and asking the question, where can we be better?”

Share repurchase. Instead of spending half a billion on planned capital projects for 2018, the company will buy back shares. Ellison explained that the spending wasn’t focused on the core business, and did not deliver productivity for associates. Not coincidentally, the company’s stock jumped more than 5% in trading following the earnings call.

Craftsman momentum. Lowe’s has a home center exclusive on Craftsman products, meaning you can’t get it Home Depot or Menards. (Other channels, including Ace in the convenience hardware channel, carry the product.) “We drove market share gains across all major categories where we introduced Craftsman to our lineup.,” said Mike McDermott, executive VP of merchandising, who is leaving the company. “We’re excited about our continued rollout of Craftsman in the second half, including individual mechanics and hand tools, power tools, and fall outdoor power equipment.

Omnichannel vision. Said Ellison: “While we have the foundational elements of an omnichannel network, we need to better connect and align our systems and processes to create a truly integrated ecosystem. Fortunately, I’ve been down this road before and I have a clear understanding of the steps and processes required to build a world-class omnichannel environment.”
Advertisement