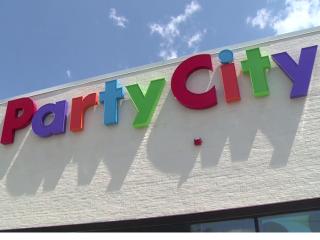 Party City has joined the growing list of retail companies that are making deals with Amazon.

Amid strong second quarter results, the party supplies retailer and wholesaler announced it is launching a pilot program to sell product on Amazon.com. The pilot will launch in advance of Party City’s biggest selling season—Halloween—and will initially offer a curated assortment focused largely on the costume category.

Party City plans to expand the assortment later this year to include products for Christmas and New Year's celebrations. Further expansion is possible in 2019.

The deal is the latest example of Party City’s strategy to expand its reach. In June, the company announced plans to open about 50 pop-up stores under the Toy City banner for the holiday season.

"The Amazon pilot we are launching will complement PartyCity.com's category leading capabilities and serve to advance our overarching strategy of having Party City products available to consumers wherever they choose to shop,” said James M. Harrison, CEO, Party City Holdco. “As a vertical retailer, the program also creates an additional channel of distribution that allows us to leverage our dynamic manufacturing and distribution capabilities while attracting new customers to the Party City brand, including Millennials, who have shown a propensity to shop across online channels."

More and more retailers are finding it easier to team up with Amazon than just fight it. Sears, Kohl's, Best Buy, Nike, and Chico’s are among the companies that have deals with the online giant.

In separate news, Party City reported second-quarter earnings and revenue that beat Street expectations. Net income rose to $28.0 million for the quarter ended June 30, from $25.0 million in the year-ago period. Adjusted income per share increased 42.9% to $0.40 from $0.28 in the second quarter of 2017.

Same-store sales inched up 0.1% despite headwinds from a shift in the timing of Easter.

“As we enter the third quarter, we continue to make good progress on our strategic growth initiatives and are well-positioned for the upcoming Halloween selling season,” said Harrison.  “The recent announcements of the expansion of our seasonal pop-up store offering with 50 Toy City locations and our seasonal pilot program with Amazon will only strengthen the offer for customers. Given performance to date and the outlook for the second half of the year, we are reiterating our full year 2018 guidance.”