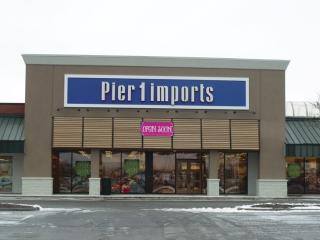 Pier 1 got no relief in its fourth quarter as the chain reported weak results and suggested that it could close up to 15% of its stores if certain targets are not met. It also announced the departure of its CFO.

In addition to reporting its results on Thursday, the struggling home décor and accessories retailer named Deborah Rieger-Paganis as interim CFO, effective immediately. Her appointment follows the abrupt departure of Nancy Walsh, who has served in the role for nearly 15 months.

Pier 1 closed out its fiscal year with 973 stores, down 30 from last year. The retailer said it is considering closing up to 45 locations this year as leases expire. It also has conducted a review of its store portfolio and will be seeking occupancy cost reductions.

“The store closure number could increase to up to 15% of stores if the company is unable to achieve performance goals, sales targets, and reductions in occupancy and other costs,” Pier 1 stated.

Interim CEO Cheryl Bachelder, who was named to the position after the sudden departure of Alasdair James in December, said that, as expected, Pier 1’s fourth-quarter sales and profitability were disappointing and reflect the execution issues the company identified earlier in the year and “have been working with urgency to correct.”

“Since December, we assembled a capable leadership team, brought consulting expertise onboard, began a rapid diagnostic process and selected priority initiatives designed to improve our operating model and financial performance,” she said. “Short term, we exited some legacy inventory, revamped the focus of our spring/summer merchandise and marketing, and implemented an organizational redesign in support of our go-forward plan.”

Pier 1 is implementing an action plan designed to drive benefits in fiscal 2020 (its current fiscal year) of approximately $100-$110 million by resetting its gross margin and cost structure. Approximately one-third of the benefits are expected to be realized in gross margin, with the remaining two-thirds coming from cost reduction. After reinvesting in the business, the company believes it will be positioned to recapture approximately $30-$40 million of net income and $45 million-$55 million of EBITDA in fiscal 2020 (its current fiscal year).

Pier 1 said it expects to capture efficiencies and drive improvement in the following areas: revenue and margin; marketing and promotional effectiveness; sourcing and supply chain; cost-cutting; and store optimization.
Advertisement