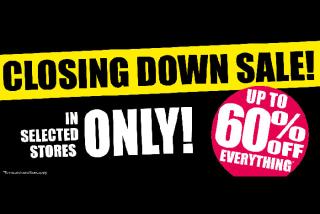 Toys “R” Us’ U.K. division is “winding down” operations.

Toys “R” Us U.K. has entered into administration, the British equivalent of Chapter 11 bankruptcy protection. The company has moved into insolvency following its inability to pay a 15 million-pound ($21 million U.S. dollars) value-added-tax liability that was due this month, according to Bloomberg.

The decision threatens the survival of 300 stores, and nearly 5,500 workers. Currently, the retailer is closing 25 locations and launched “Closing Down” sales across these stores, with merchandise selling up to half price, according to the company website.

The stores will remain open for the time being. However, Simon Thomas, a joint administrator at Moorfields Advisory, the administrators appointed over Toys R Us U.K., said it still "remains to be decided” whether some or all of the stores will close, according to CNBC.

This blow comes on the heels of the toy retailer’s plan to close an additional 200 locations across the United States. This decision followed Toys “R” Us’ announcement in January that it planned to shutter approximately 20% of its U.S. store portfolio — about 180 locations. These closures were part of the company’s plan to emerge from bankruptcy before the 2018 holiday season.

Earlier this month, the toy retailer was also at risk of not having enough cash to satisfy the terms of a secured $3.1 billion, debtor-in-possession loan from a group of lenders led by J.P. Morgan Chase. Toys “R” Us secured the loan prior to filing for bankruptcy protection in September 2017.
Advertisement