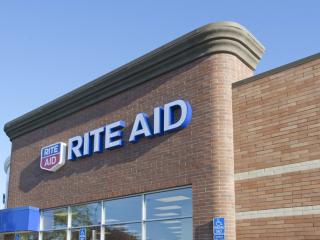 Rite Aid posted mixed results for its fourth quarter amid ongoing pharmacy reimbursement pressures and a reorganization of its top ranks.

Net sales inched down to $5.38 billion from $5.39 billion last year. The company’s retail pharmacy segment revenues were flat at $3.97 billion. Same-store sales rose 0.7%, driving a 2.1% increase in pharmacy sales and a 1.9% decrease in front-end sales.

In March, Rite Aid announced that John Standley will step down as CEO, staying on until the appointment of his successor. In other changes that were effective immediately, Bryan Everett, COO of Rite Aid Stores, was promoted to COO of the company, succeeding Kermit Crawford. And Matt Schroeder, chief accounting officer, and treasurer, was named CFO, succeeding Darren Karst.

“In the fourth quarter, we continued generating critical momentum in key areas of our business while taking important steps to position Rite Aid for future growth,” said Standley. “Despite a mild flu season, we delivered our third consecutive quarter of same-store pharmacy sales and prescription count growth thanks to a record number of immunizations and other script growth initiatives.”

Standley noted that as the company embarks on a new fiscal year, the company is looking to build momentum and savings, and will focus on patient outcomes and evolving its front-end business in the coming fiscal year. On the chain’s earnings call, COO Bryan Everett said Rite Aid will begin the sale of CBD creams, lotions and lip balms in Oregon and Washington, and will relaunch its own-brand Rite Aid Pharmacy line.

In other changes, Rite Aid plans to stop selling e-cigarettes and vaping products, with Everett citing increased use of e-cigarettes among teens as a driving factor in the decision

Rite Aid’s earnings report came the day after its board of directors voted to initiate a 1-to-20 reverse stock split ratio, which will reduce the number of issued and outstanding common stock to 54 million from 1.08 billion. The move — aimed at increasing the company’s share price to maintain compliance with New York Stock Exchange share price guidelines to avoid delisting. The company said its common stock will begin trading on the split-adjusted basis on April 22.
Advertisement