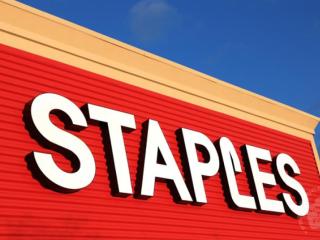 Staples has won the battle for office and workplace supplies company Essendant Inc.

Staples and Essendant have entered into a definitive agreement under which an affiliate of Staples will acquire all of the outstanding shares of Essendant common stock for $12.80 per share in cash, or a transaction value of $996 million including net debt. Essendant is a Deerfield, Ill.-based supplier of office, workplace and industrial products that it sells to a diverse group of customers, including independent resellers, national resellers and e-commerce businesses.

The agreement comes after Staples raised its bid for the office supplies reseller, having previously offered $11.50 per share. The higher officer caused Essendant to jettison a prior merger proposal with Genuine Parts Co., which said it does not expect to make any counterproposals. In connection with the termination, GPC is entitled to a $12 million break-up fee, which Staples is paying as part of its agreement with Essendant.

"We are excited about the opportunity to move forward with this agreement, and to work with the Essendant team to complete the partnership of these two great companies, which will ultimately deliver significant value to independent resellers and end customers across the U.S.," Staples said.

Private-equity firm Sycamore Partners, which acquired Staples over a year ago, already owns about 11% of Essendant.

"After carefully evaluating Staples' revised offer, including taking into account the extended regulatory process and risks associated with the S.P. Richards transaction and the continued challenges presented by the rapidly changing industry dynamics on our ability to realize value in combination with S.P. Richards, we are confident that the Staples transaction is in the best interest of Essendant shareholders," said Charles Crovitz, chairman of Essendant. "While our agreement to merge with S.P. Richards presented an attractive opportunity, we believe the Staples transaction provides superior and immediate value to our shareholders."