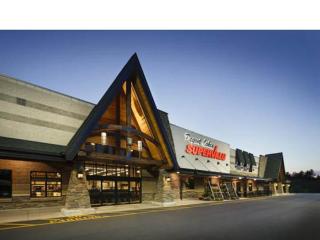 The company proposed a reorganization of its corporate structure into a holding company structure that would separate its wholesale and retail operations. Among other benefits, Supervalu said the move would facilitate its ongoing strategic transformation, which includes a plan to sell certain retail assets as it continues to focus on its growing wholesale business, and “better segregate the liabilities of the company into their respective business segments.”

In other benefits, Supervalu said the new structure would increase its strategic, business and financial flexibility, and enable the company to leverage its capital loss carryforward and generate about $300 million in cash tax benefits over the next 15 years.

Supervalu has shedding its retail assets. In April, the company announced plans to sell its Shop’ n Save supermarket chain. In May, Supervalu said it had completed the previously announced sales of 21 of its 38 Farm Fresh stores. (The sale of the two banners will leave Supervalu with 114 supermarkets under three banners: Cub Foods, Hornbacher’s and Shoppers, according to Supermarket News.)

“We have been executing a strategic transformation of our business over the last two years to become the wholesale supplier of choice for grocery retailers across the United States, while also executing initiatives to deliver long-term stockholder value,” said Mark Gross, president and CEO, Supervalu. “The proposed holding company structure is another significant and important undertaking by our team that would support and advance our transformation by further separating our wholesale and retail operations in a tax efficient manner.”

Supervalu stockholders will vote on the holding company proposal at the company’s 2018 annual meeting.
Advertisement