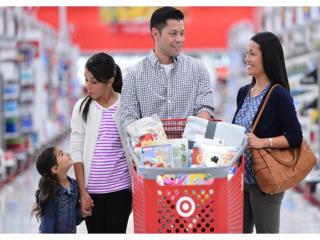 Target Corp. has joined the ranks of Macy’s, J.C. Penney, Kohl’s and other retailers in reporting robust holiday sales. The discounter also raised its fourth-quarter and full-year guidance.

The retailer said it now expects 2017 will be the fourth consecutive year in which its digital sales grow more than 25%.

"We've positioned our stores at the center of a continually expanding suite of convenient fulfillment options and made significant investments in our team, which enabled our stores to fulfill 70% of all digital orders in the November/December period,” said Brian Cornell, chairman and CEO, Target.

As its look to 2018, Target said it plans to launch more exclusive brands, enhance our digital capabilities, open approximately 30 small-format stores and, as previously announced, triple the size of our remodel program to more than 325 stores.

“We will also remain focused on rapidly scaling up new fulfillment options including Same Day Delivery, which will be enabled by our acquisition of Shipt, and our recently launched Drive Up service,” Cornell said.

In a note to clients, GlobalData Retail managing director Neil Saunders commented that digital was an “undoubted success, with robust online growth underpinning performance.” But he said the chain suffers from some deficiencies in execution -- especially in stores.

“The new own-label (Target’s private brands) ranges in apparel and home are compelling and provided a strong point of difference across the holiday period,” Saunders said. “However, in many stores, the impact of these collections was minimized by poor merchandising and display. This reduced both conversion and sales and created many lost selling opportunities.” (For more, click here.)