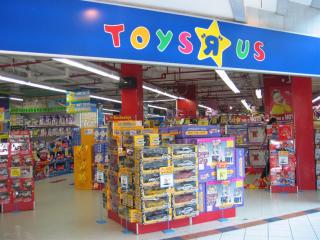 There may be a second act for Toys “R” Us.

The top lenders of Toys “R” Us canceled the bankruptcy auction of the company’s intellectual property assets, which include its brand names, mascot Geoffrey the Giraffe, and website domains. Instead, the group (Geoffrey, LLC) announced it is moving forward with a plan to acquire substantially all of the assets and revive the brand.

The announcement comes after a five-month marketing effort by Boston-based investment bank Consensus, which was hired to market the assets. The effort resulted in a number of qualified bids. However, in a court filing, the group said it now believes that it stands a better chance of a realizing a return on its investment by potentially reviving the toy chain as opposed to selling it off in parts.

Under the new plan, the reorganized company will own rights to the Toys "R" Us and Babies "R" Us brands in all markets globally, with the exception of Canada. It will also become the licensor of the brands to the company's existing network of franchisees operating in countries across Asia, Europe and the Middle East, and in South Africa.

In addition to continuing to service these markets, the new owners are actively working with potential partners to develop ideas for new Toys "R" Us and Babies "R" Us stores in the United States and abroad that could bring back these iconic brands in a new and re-imagined way.

Toys “R” Us liquidated its U.S. operations this summer after the lenders backing the bankruptcy financing said they had lost confidence in the company's reorganization plan.

The new plan is subject to final approval by the bankruptcy court.
Advertisement