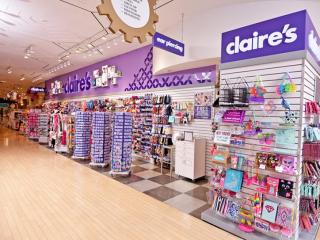 The chain where countless young girls had their ears pierced is said to be on the edge of filing for bankruptcy.

Clarie’s Stores, burdened with a $2 billion debt load that goes back to its 2007 leveraged buyout by Apollo Global Management, is preparing to file for bankruptcy in the coming weeks, Bloomberg reported. Its load is more than 10 times a key measure of its annual earnings.

As part of a Chapter 11 agreement, control of Claire’s would pass from Apollo to lenders such as Elliott Capital Management and Monarch Alternative Capital, the report said.

In addition to its heavy debt, Claire’s, which operates some 3,000 stores around the world, has been impacted by the slowdown in mall traffic. The retailer has been expanding to new areas, including signing agreements to sell its goods at CVS and Giant Eagle.