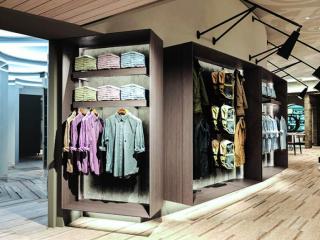 Longtime retail executive Arthur Martinez is retiring from Abercrombie & Fitch Co. amid an upswing in the chain’s performance.

Martinez, 78, will step down as executive chairman of the Abercrombie board on Feb. 3, 2018, the end of the company’s fiscal year. Terry Burman, 72, lead independent director and chair of the nominating and board governance committee, will become non-executive chairman at that time.

Martinez was named chairman of Abercrombie in 2014, when long-time CEO Mike Jeffries departed amid controversy and declining sales as the once-hip brand fell out of favor with shoppers. Martinez led efforts to revive the company and fill a leadership void. In 2016, the retailer named its chief merchandising officer, Fran Horowitz, as CEO, a position that had been vacant since 2014.

“I am proud of the demonstrable progress that Abercrombie & Fitch is making under the leadership of Fran Horowitz, who was appointed chief executive officer early last year,” Martinez stated. “We have built a first-rate team whose intense focus on the customer, the revitalization of our brands, and close management of expenses to help direct resources to omnichannel and marketing have enabled us to deliver sequential comparable sales improvement. With the company on a solid trajectory, this is the right time to hand over board leadership to Terry, who has outstanding credentials as a retail industry leader and is the right person to assume the role.”

Horowitz has worked to reposition the company’s core brand, debuting a new store prototype and a more inclusive brand message. Under her leadership, the chain’s Hollister division has also thrived.

In announcing Martinez’s retirement, Abercrombie also said it was boosting its fourth-quarter forecast, saying it now expects same-store sales to grow in the high single digits, and sales are expected to be up in the low-teens, up from a previous projection in the low single digits.

“We are pleased by our performance across all brands and channels during the holiday season, with continued strength at Hollister, and the Abercrombie brand on track to deliver positive comparable sales for the quarter,” Horowitz said in a statement.

Martinez led the turnaround of Sears in the late 1990's as its CEO, restoring the company to profitability after years of losses. He also served in a number of senior executive positions at Saks Fifth Avenue, among other companies. He has been a sought after director, having served as chairman of HSNi until it was acquired in late December 2017.
Advertisement