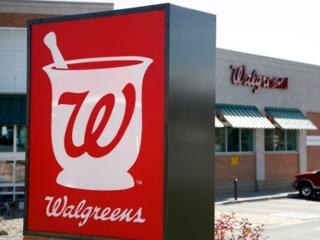 Walgreens Boots Alliance reportedly is in talks to buy AmerisourceBergen, one of the biggest drug distributors in the U.S.

Representatives of Walgreens CEO Stefano Pessina reached out recently to representatives of AmerisourceBergen CEO Steve Collis about acquiring the roughly three-quarters of the distributor that Walgreens doesn’t already own, according to the Wall Street Journal, which cited people familiar with the matter.

According to the WSJ report, the companies are in early talks to combine, though sources reportedly stressed the uncertainty as to whether there would be a deal. Both companies declined to comment to the Journal.

As of its Monday close, Walgreens had market value of approximately $67.8 billion. AmerisourceBergen had a value of about $19.6 billion.

News of the potential acquisition comes as Walgreens rival CVS Health is in the midst of its $69 billion acquisition of health insurer Aetna. Most recently, Amazon, Berkshire Hathaway and JPMorgan Chase announced they are forming independent company to address health care for the U.S. employees of their respective companies.
Advertisement