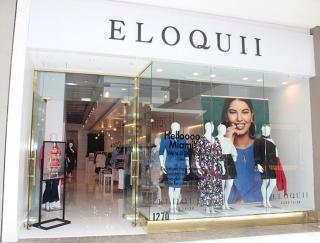 Walmart is getting in on the $21 billion plus-size market with its latest start-up acquisition.

The discount giant announced that it is acquiring Eloquii, a plus-size, trend-driven women’s apparel brand. Financial terms of the transaction were not disclosed, but Recode put the deal at $100 million.

Eloquii is the latest in a series of brands that Walmart has acquired in recent years since its acquisition of Jet.com in 2016. The brands, which include ModCloth and Bonobos, have helped the retail giant expand its fashion assortment and widen its appeal to a younger, more affluent customer.

Eloquii was launched in 2011 by The Limited, but was shut down a year-and-half later as part of a company restructuring. With the help of former employees and an investor, the brand relaunched as an independent, vertically-integrated e-commerce business specializing in fast-fashion for sizes 14 and above. It opened its first physical store in spring 2017, at Fashion Centre at Pentagon City, Arlington, Va., and has since opened four additional locations.

In announcing the news, Walmart noted that more than half of women age 18-65 in the United States wear a size 14 or greater.

“We know they’re looking not just for basics, but also for on-trend pieces that allow them to express their individuality,” said Andy Dunn, senior VP of digital consumer brands, Walmart U.S., in a blog post. “This is a segment of the market that has been historically underserved and neglected. We believe she deserves better. Today we stand in solidarity with her by acquiring a brand whose sole focus is to exceed her expectations.”

Under the terms of the deal, Eloquii CEO Mariah Chase, her executive team and the company’s 100 employees will join Walmart’s U.S. e-commerce division, reporting to Dunn. (Dunn sold his menswear brand, Bonobos, to Walmart in June 2017.) The team will join Walmart’s portfolio of digitally native vertical brands, which includes ModCloth, Bonobos and Allswell.
Advertisement