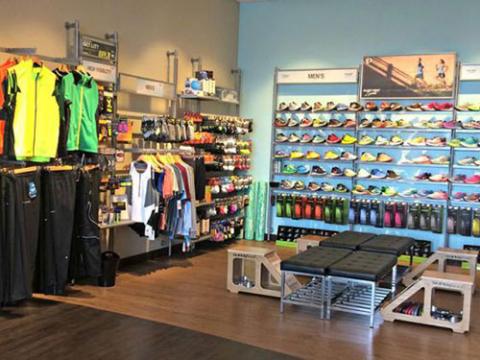 Fleet Feet is expanding its footprint in New England.

The nation’s largest franchisor of locally owned and operated running stores will acquire New England-based Marathon Sports,which operates stores under the Marathon, soundRunner, and Runner’s Alley banners. The financial terms of the deal, which includes Marathon's e-commerce business, were not disclosed.

The transaction is expected to close this July. It coincides with the retirement of Marathon Sports owners Colin and Penny Peddie.

Under the terms of the agreement, Marathon Sports will remain a wholly-owned subsidiary and operate as a separate entity under the Marathon Sports, soundRUNNER and Runner's Alley names. Each location will continue to use its current store name in all branding, marketing and community outreach efforts.

In addition, the company’s leadership team will remain unchanged and operations will continue out of its Waltham, Mass., headquarters.

“This investment is a new step for Fleet Feet, with the goal of preserving the legacy and identity of the Marathon Sports brand in New England,” said Joey Pointer, CEO, and president of Fleet Feet, which has more than 250 stores in 40 states and is based in Carrboro, N.C. “We are confident in a seamless transition during the acquisition and look forward to working with, and growing alongside, the entire team of Marathon Sports brands."

Industry veteran Ben Cooke will succeed Peddie as president of Marathon Sports. Cooke most recently was VP of business development and flagship retail for Fleet Feet. Previously, he served as general manager of the former Princeton Running Company and as VP of operations for Running Specialty Group.

"For over 40 years, Marathon Sports and the communities it serves have established deep running roots,” said Cooke. “I am so excited to tap into and honor that rich culture and legacy as we move Marathon Sports ahead for the next 40 years and beyond."

Founded as a single store in Cambridge, Mass., in 1975, Marathon Sports has grown to include 11 namesakes across Massachusetts and a robust e-commerce presence. In 2013, the company purchased Connecticut-based running retailer soundRunner and its four locations, and two years later purchased Runner's Alley, a three-door retailer based in New Hampshire.

I've found exactly what you hope for when you sell a business you care deeply about," said Peddie. "Ben and I have a strong relationship, similar philosophies and have enjoyed many conversations over the past decade about the industry. I know both Ben and Fleet Feet will honor the tradition of Marathon Sports, continue to support the communities where our stores are located, and leverage the strong team and culture we have developed in our organization."