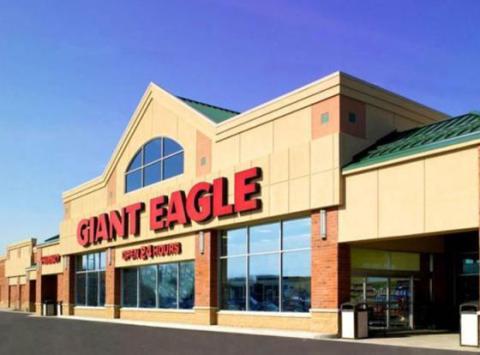 Giant Eagle is offering the Flashfood app at more stores.

Giant Eagle Inc. is offering reduced prices on soon-to-expire food at a growing number of stores.

The Pittsburgh-based food, fuel and pharmacy retailer is expanding its partnership with Flashfood, a digital marketplace for heavily discounted food nearing its best-by date, to all of its 173 corporate Giant Eagle and Giant Eagle Market District stores. Starting in Cleveland, the 140-store expansion will steadily roll out throughout Ohio and Pennsylvania, and will be completed by the end of October.

Since Giant Eagle first introduced the Flashfood program at 34 store locations in 2021, the retailer says that more than 430,000 pounds of food waste has been diverted from reaching landfills. The Flashfood app enables customers to browse deals, directly from their phone or computer, on fresh items like meat, produce boxes, dairy, and bakery items, as well as center-store foods and snacks that are nearing their best-by dates.

Purchases are made directly through the app and customers then pick up their order from a designated Flashfood zone located inside a participating Giant Eagle or Market District location. According to Flashfood, its regular shoppers save an average of $96 per month on grocery bills.

Other retailers operating in the grocery space have also been piloting Flashfood. SpartanNash is expanding its rollout of the Flashfood app to 44 Family Fare and VG’s Grocery store locations throughout Michigan, Iowa, and Nebraska. SpartanNash was the first company to introduce Flashfood in Michigan and Indiana, through a pilot program at Family Fare and Martin's Super Markets. The company’s latest expansion brings the first-ever Flashfood locations to stores in Nebraska and Iowa.

And Washington, D.C. regional grocer Giant Food began piloting the Flashfood app at three select Maryland and Virginia stores in October 2021. This pilot program continues the expansion of Flashfood's partnership with Giant's parent company, Ahold Delhaize USA, and its regional store brands. In addition, retailers including Meijer and Hy-Vee have been using the Flashfood app to help reduce food waste. Meijer is expected to roll out Flashfood chainwide by the end of 2021.

"Our partnership with Flashfood has not only helped us in our mission to reduce food waste, but it has helped us better serve our guests and their families by offering more value-focused grocery options," said Dan Donovan, Giant Eagle spokesperson. "With the success we've seen so far, it was a natural next step to expand the program to all our corporate supermarket locations to offer more guests access to this savings opportunity while making an even bigger impact on the environment."

"Our expanded partnership with Giant Eagle couldn't come at a more critical time," said Josh Domingues, Founder and CEO, Flashfood. "With inflation causing grocery prices to soar, the 140-store expansion will increase our ability to feed more families affordably and reduce the amount of food reaching the landfill four-fold. It is a big win for both Ohio and Pennsylvania shoppers and the planet."