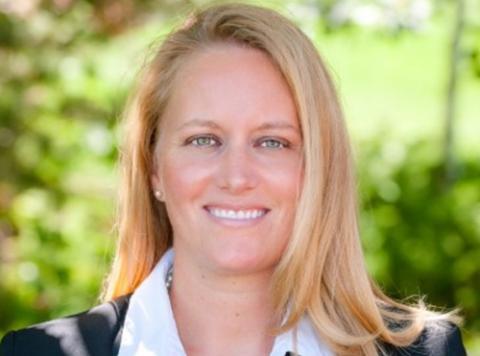 Stephanie Cegielski of ICSC says better data is giving retailers a better way to determine what kinds of stores they should put in which markets.

Of the five “marketplace moves to watch” mentioned in ICSC’s “2022 State of the Industry” report, two of them had to do with brick-and-mortar’s increasingly growing role in fulfillment of online orders.

In the report, released during last week’s return of the RECon show as ICSC Las Vegas, the retail real estate association said that it was already seeing retailers such as Target investing in sortation centers where online orders get packed at local stores for same-day shipping.

“Retailers now have lots more market analysis available that enables them to understand what a specific market needs, “said Stephanie. “It’s no longer ‘Let’s just go into this market with our standard footprint,’ it’s ‘This is a market where we have lots of online customers and this would be a good place for stores that do fulfillment.’”

Another trend gaining momentum across the nation post-pandemic, according to the association, is the spread of mixed-use centers that offer retail, office, restaurants, entertainment, and apartments.

“What you’re going to see is high-end--what many call ‘Class A’ malls--staying high-end. The luxury market is doing incredibly well right now,” Cegielski said. “The B and C malls are all rethinking what is going on in their markets.  Will a medical center move into an anchor space and retain retail? What if a community college comes in?  Then the property is likely redone as a hollow shell with food halls and marketplaces.”

Cegielski affirmed that ICSC Las Vegas attracted more than 22,000 conventioneers, a total made possible by a lot of last-minute registrations.

“We worked really hard to get retailers to the show and a lot of them showed up,” she said. “Our content sessions were all full, so there’s definitely an interest in hearing what’s going on in physical retail.”