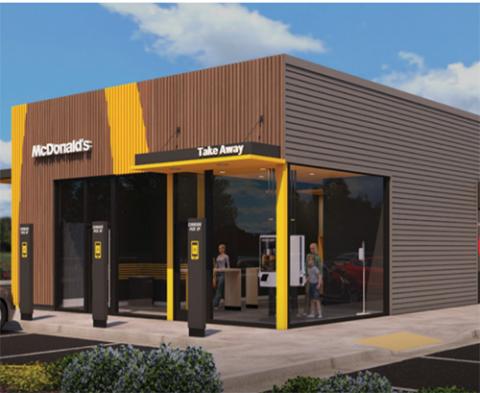 McDonald’s franchisees in Atlanta are improving access to job applicants.

More than 260 McDonald’s stores in the Greater Atlanta metro area are making it easier to capture and analyze applicant information.

McDonald's of Greater Atlanta is partnering with business networking platform provider Linq to modernize its hiring efforts. Leveraging Linq technology, McDonald’s is directing interested job applicants into a custom-curated platform that promotes hiring information, helpful resources, and how to apply for employment.

McDonald’s Corp. is feeling the labor crunch. At the corporate level, the fast-food giant said in May 2021 that it would raise the wages in its 650 U.S. company-owned locations by an average of 10% during the next several months as it looks to hire up to 10,000 new employees in the next three months. Also, entry-level wages for new employees will rise to at least $11 an hour, based on the location.

And McDonald’s is not the only foodservice chain to announce pay raises during 2021. In May 2021, Chipotle said it would raise workers' pay to an average of $15 per hour by the end of June. More recently in October 2021, coffee chain Starbucks said it will raise wages at least twice in 2022, bringing its average pay to nearly $17 an hour. In late January, employees who have worked at the company for at least two years could receive a raise of up to 5%. Employees with at least five years of experience could receive up to a 10% raise.

Additionally, in summer 2022, Starbucks’ average pay for all U.S. hourly partners will be nearly $17 an hour. The increases will bring Starbuck’s wage floor to $15 per hour, from its current $14 per hour level.

"At our core, Linq enables people to best represent who they are and what they do,” said Elliott Potter, cofounder & CEO of Linq. “As the hiring environment becomes more and more competitive, it's increasingly important to quickly communicate those things, both as a brand and a candidate. We are thrilled to be partnering with McDonald's to help make the entire hiring process easier and more efficient from application to hire."

"We are thrilled to modernize McDonald's hiring efforts by making it easier to capture applicants' information and provide insightful analytics for every step of the process,” said Josh Champion, head of business development at Linq.