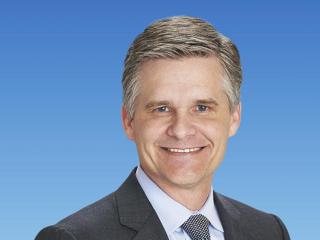 After more than two decades in top finance roles at Walmart, Charles Holley, 59, is stepping down as CFO at the world’s largest retailer.

Succeeding Holley will be Brett Biggs, a well-rounded finance executive who joined Walmart in 2000 and has held key roles in each of the retailer’s divisions.

“Brett is a strong leader whose broad experience uniquely qualifies him to lead our finance and strategy areas,” said Walmart President and CEO Doug McMillon. “Having had a variety of important roles in all three of Walmart’s business segments, Brett is well prepared. He thoroughly understands Walmart’s operations, how we intend to compete in a dynamic and changing retail environment and how we can best serve customers, associates and shareholders.”

Prior to joining Walmart, Biggs worked at Leggett & Platt on its mergers and acquisitions team. Prior to that, he was an accountant at Phillips Petroleum Company, now ConocoPhillips, and an auditor at Pricewaterhouse LLP, now PricewaterhouseCoopers LLP.

In succeeding Holley, Biggs replaces an executive McMillon credited with guiding Walmart global finance and strategy areas during a period of immense growth and change.

“He has been instrumental in shaping Walmart’s strong financial position while driving significant shareholder returns,” McMillon said of Holley. “One of Charles’ strengths is also talent development and succession planning. Under his leadership, Walmart’s finance function has transformed into a best in class organization that is both strong and deep, highlighted by today’s appointment of Brett as our new CFO.”

Holley joined Walmart in 1994 and became CFO in 2010 and also served as CFO of the international division. He also held roles as executive VP, finance and treasurer, chief risk officer, controller and senior VP of finance over accounting, tax, financial reporting and investor relations.