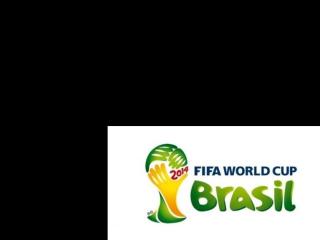 Players from 32 countries have poured into Brazil for a month-long contest of extraordinary soccer skill, known as the Copa do Mundo, the 2014 FIFA World Cup. Cheering them is expected to be a total of some 3.7 million fans and tourists, adding an astonishing $3.3 billion USD ($6.7 billion Brazilian Real) to this nation’s economy. According to Brazil’s Ministry of Tourism, the average foreign visitor will attend four Copa do Mundo matches and spend approximately $2,488 during their stay.

“Tourists coming to the matches spend more. It is a specific audience and we want to win them over during the World Cup,” tourism minister Lages told reporters. But while the Copa do Mundo will provide a temporary boost Brazil’s economy, the impact on the retail industry here will last much longer.

The World Cup will only pique the interest of international investors and retailers, who already have fueled unprecedented growth in Brazil’s retail sector, according to research by JLL, Chicago. Brazilian shopping centers have recorded an average annual growth rate of 8.4% in the last four years, and 58 malls are under construction, the research shows.

“The low unemployment rate and greater access to credit has created a flourishing middle-class that spent more than R$1.17 trillion 2013,” said Alex César, head of JLL Retail in Brazil. “Since the recession we’ve seen tremendous international interest in Brazil, and we don’t anticipate a slowdown anytime soon.”

In the past two years, 55 new international brands have entered the Brazilian market, including German-based restaurant Vapiano, which operates in five continents and 28 different countries. In advance of the World Cup, Vapiano scoured Brazil for the perfect site to open its first location. It may have taken a year, but the restaurant company nailed down a space in Ribeirão Preto, the countryside of São Paulo, and then found a second São Paulo location in Itaim Bibi, a business and residential neighborhood.

“We’re planning to open 35 new locations worldwide this year, and we got a double start in Brazil, opening two spaces in São Paulo,” said Mario C. Bauer, CEO of Vapiano Franchising International. “Fast-casual is the modern fine dining, and Brazil’s thriving middle class is a niche that our concept fits. We are looking forward to developing our operations alongside Brazil as it continues to flourish.”

From food to footwear, U.S.-based retailer Nike is also running toward Brazil head-on, not only by outfitting the national team but by opening two new stores. Nike’s first soccer-only store offers the latest football gear in Copacabana, Rio de Janeiro, and spans three stories and 9,000 sq. ft. Last month, the company opened its largest location south of the United States, a 25,000-sq.-ft., build-to-suit Nike Factory Stores in Recife, capital of Pernambuco in the northeast region of the country.

“Opening a Nike football-only store in the heart of Rio is part of our commitment to sport, to the city and to Brazil. We have a long-term investment plan in the country, and for a while now we have been focusing our attention on Rio, with events and activities offered to the Cariocas (Rio natives),” said Cristian Corsi, Nike´s General Manager in Brazil.

Beyond the games, Brazil’s financial and political structure is stable, with inflation under control, noted JLL’s Cesar.

“Brazil’s retail market, though still emerging, is well on its way to maturity,” he said. “Despite of some barriers to entry, Brazil poses great value for retailers’ expansions, and those thinking long-term will have the most success.”