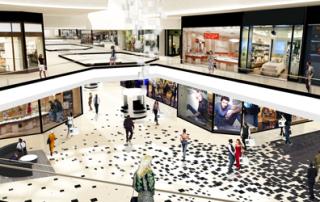 When a major mall wants to create a stir, adding a premier department store retailer such as Bloomingdale’s will usually do the trick.

In early November, Chicago-based General Growth Properties announced that it will add Bloomies as an anchor to its Glendale Galleria property, in Glendale, Calif. As well, said GGP, the center will undergo an expansive renovation, incorporating aesthetic updates to both the interior and exterior of the property.

“Glendale Galleria is located in a very dense and diverse market, and is in the backyard of the country’s entertainment icons, including Disney, DreamWorks, Pixar and Universal Studios. For years the center has introduced cutting-edge retail concepts to its customer base. Bloomingdale’s is the epitome of the Glendale shopper – stylish and fashion-forward,” said Sandeep Mathrani, CEO, GGP.

Attracting more than 26 million annual visitors, the property is located within the City of Glendale’s strong retail core, generating approximately $500 million in annual sales and $660 per sq. ft. For more than 30 years, Glendale Galleria has introduced first-to-market retail concepts, including the first Apple Store in the world and the first Disney Store. The addition of the 120,000-sq.-ft. Bloomingdale’s will enhance Glendale Galleria’s unparalleled retail line-up.

The Bloomingdale’s department store is expected to open fall 2013.

“Bloomingdale’s business in Southern California has developed rapidly since we opened our first store in the Los Angeles area in 1996,” said Michael Gould, chairman and CEO of Bloomingdale’s, in a statement. “Glendale Galleria will be our eighth store in the market. Customers love our unique sense of contemporary style and the attentive service that sets Bloomingdale’s apart.”

Much like Bloomingdale’s stores in Soho and Santa Monica, the assortment and shopping experience in Glendale will be carefully edited for the community and customer, according to Gould.