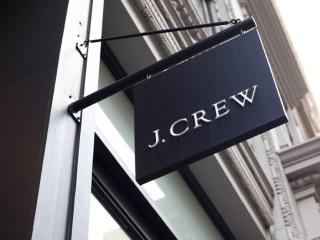 The company says the changes and business improvement initiatives will "better align with the current and future retail environment."

"We are making meaningful and strategic changes across our organization to better position us for future growth. While many of these decisions were difficult, they are necessary," said J.Crew Chairman and CEO Millard Drexler. "With Somsack in his new role, we will continue to focus on making critical improvements to our J.Crew women's assortment including fit, design aesthetic and styling. We know what needs to be done and while many of these initiatives take time, we have a committed team in place to make it happen."

Some of the changes include:

• Somsack Sikhounmuong has been named Head of Women's Design for the J.Crew brand, effective immediately. He succeeds Tom Mora, who will be leaving the Company. Sikhounmuong had been the Head of Design for Madewell for the past two years and in that role had been a key contributor to Madewell's success. Prior to Madewell, he held various design positions at J.Crew from 2001 - 2012. He brings to J.Crew a fresh perspective across all categories and has an aesthetic consistent with what J.Crew's customers know and love. He will continue to report to Jenna Lyons, President and Executive Creative Director of J.Crew Group.

• Joyce Lee has been named Head of Women's Design for Madewell. Joyce has been a senior member of the Madewell design team for the past seven years and will continue to execute Madewell's design vision. Prior to Madewell, Lee held design positions at Michael Kors and Marc Jacobs. She will now report to Jenna Lyons.

Other strategic and organizational changes are being made across the Company in areas including store operations, production, sourcing, and merchandising. These changes reflect J.Crew Group's commitment to long-term growth, and at the same time, streamline operations to support its omni-channel business and reduce overall expenses. These initiatives include a headcount reduction of approximately 175 open and filled full time positions primarily from its corporate headquarters.